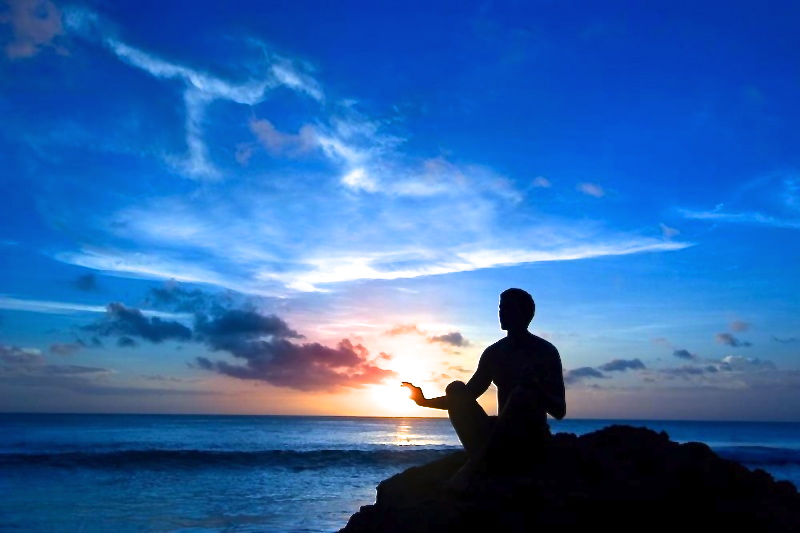 Many moons ago, my album The Diamond You quietly appeared on the American iTunes store (around 2010). Since then, many of my songs have worked their way into the various streaming platforms. To my delight and surprise, I’ve recently been getting reports from Tidal, Amazon, and other streaming services that more and more listeners are discovering my music in North America and Europe. Love it!

As I was cleaning up my desktop digital files recently, I found images from my trip to China that same year (2010). Great memories of arriving in Beijing to find a city covered in a beautiful blanket of snow. My gorgeous hotel room (thank you Hyatt) featured a breathtaking view of the Forbidden City, and the snowy palace was even more spectacular in person than the many photos I’d seen of it before. My family and I enjoyed a private tour of the imperial complex as light snow continued to gently fall around us, and our guide emphasized that in her career this was the first time she had witnessed snow at the Forbidden City. She said that in ancient Chinese legend, falling snow on the day a guest arrives at the Forbidden City is the greatest of good omens, and “blessings galore will enrich the lives of all who share in the occasion.”  What a treat for my first visit! Although, I must say, it felt much more like a homecoming to me, totally familiar and comfortable. Below are a few of the photos we took — my favorite is the one with me walking in the snow along the Imperial mote with our guide up ahead and if you look very closely you’ll see two soldiers walking in the far distance. They were the only two other people we encountered! 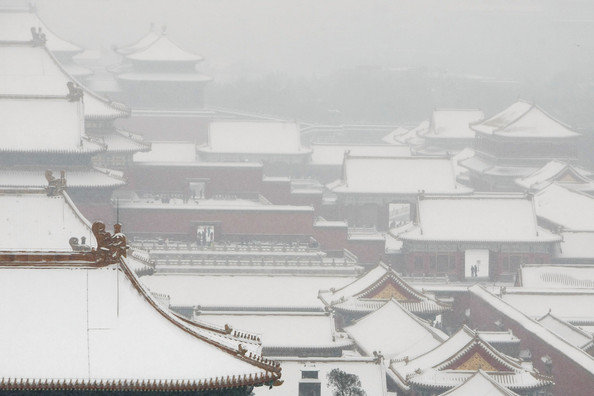 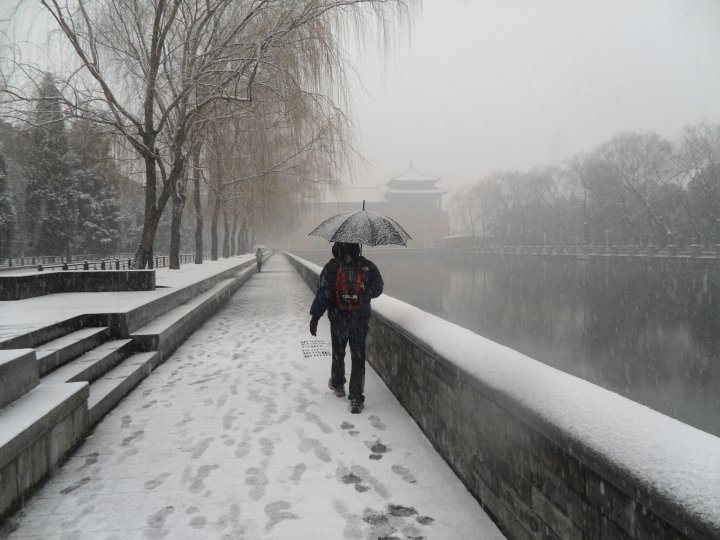 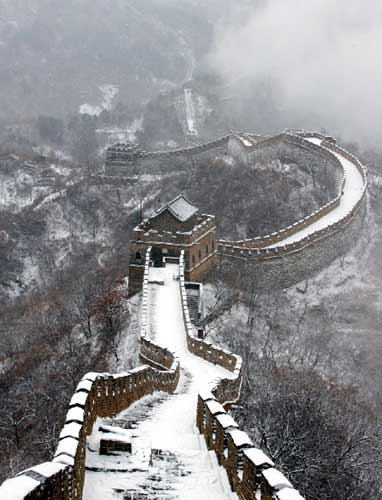 The next day we visited the Great Wall of China, and again were treated to a majestic sight of this great wonder of the world covered in white. It’s much more of a hike along the Great Wall than it appears in photos, and it made for quite a workout, especially with slippery ice underfoot. After a day-long adventure at the Great Wall, we made our way back to the Hyatt and enjoyed one of the best vegan dinners I’ve ever had, this time at the Loving Hut restaurant of Beijing.

It was a Friday night, and the hotel car could not stay with us (the driver said it was a very busy night), but we figured it was no problem — we’d just take a taxi back. Oops! As we soon learned, there are zero taxis available on Friday night in Beijing. One of the restaurant guys stood out in the freezing cold night air for 20 minutes trying to hail a car for us while the chef kept bringing us free desserts. Finally, the restaurant owner herself said “okay, let’s go!” and she drove us to the Hyatt herself.  I love the people of Beijing!

The next night, we discovered Pure Lotus restaurant of Beijing, which is the most incredible dining experience ever. Operated by Mongolian monks, it is Shangrila heaven, with guardsmen dressed in elaborate pink, gold, blue and red robes with Siberian hats who ushered us with lanterns through the darkness from the bustling street outside, down a cobblestone path lined with candle-holding Buddhist statues to a big golden Mongolian tent with towering wood door. 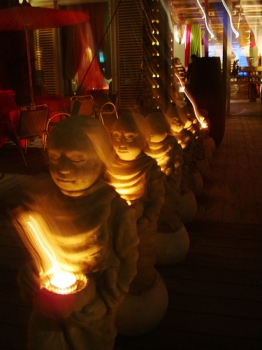 The doorknob was a giant golden Buddha hand, which pivots the door open revealing an incense-filled restaurant lit with hundreds of candles among pools of lotus flowers and video images illuminating the floors and walls with a mix of modern and ancient spiritual imagery. The music was an eclectic mix of 1930s and 40s from around the world. Yes, you read that right, from the 1930s and 40s! Surreal!

Our private dinner tent was gold and red with a table of wood and silk gauze cloth, seashells for plates and fine handblown glass of vibrant colors blue, white, black, yellow, red… each waiter wore a unique Mongolian robe, and each dish they brought to us was served in a unique vessel, one in a hollowed-out log, another in a white porcelain swan dish, another in a silver bucket on misty dry ice. Magical! Some of the best vegan food I’ve experienced anywhere in the world, combined with the most dream-like atmosphere. It defies description. The menus at Pure Lotus were three feet long in the rectangular shape of ancient Buddhist scrolls, with high-gloss cardboard pages that used artistic photos as backgrounds for each of the 30 or 40 pages of food listings. Incredible. 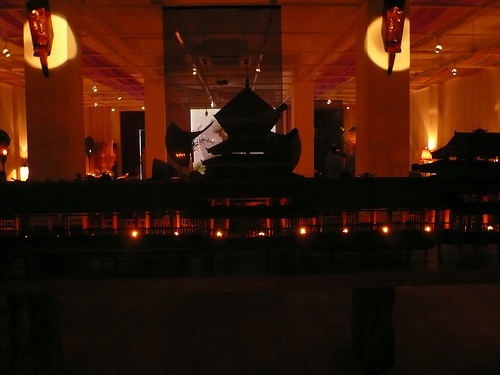 I also recall vividly that same night I enjoyed the best foot massage (and most painful foot massage) of my life. It was Chinese reflexology, and although a bit torturous also absolutely brilliant. My neck even cracked from pressure my masseur applied to my feet. You know it’s a serious foot massage when it makes your neck pop! I felt like new from just 45 minutes of intense foot manipulation. With snow on the streets of Beijing we were 3 levels below the Hyatt hotel in a tropical oasis, hot and humid like Tahiti. The huge underground facility looked like an ancient Polynesian ocean temple. On the skyscape-painted ceiling were tiny lighted stars.

From the snowfall of Beijing, we went directly to the warm beaches of our beloved home in Punta Mita, Mexico. And before I knew it, I bounced half way back across the Pacific to Kauai for a family function. The incredible staff at the Grand Hyatt Kauai took such good care of us, we will always be grateful, providing us such beautiful rooms and gourmet vegan meals. Can’t wait to go back again! 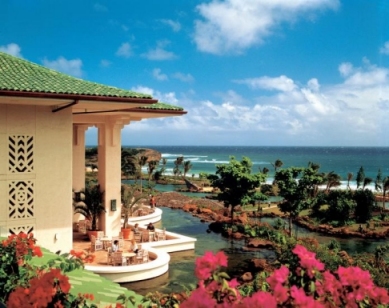 After Kauai, I flew back to Tokyo, to meet with some video game designers. I was delighted to learn that one of my songs, Itsuka, was chosen to be featured in a Sony PSP game. My song played during the level in which players fly through Japanese-themed scenes and push their controller to the beat of the music and grab vibes in the air to gain points. Fun craziness! The game developers sent me these screen shots, one of which highlights a flight through Tokyo, then Kyoto, and Sumo wrestlers surrounded by Japanese temples, trees, and a rainbow. They captured everything I would have loved in a video game when I was 11! 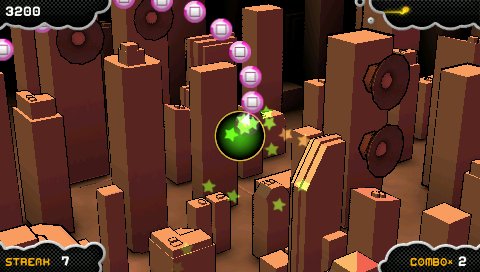 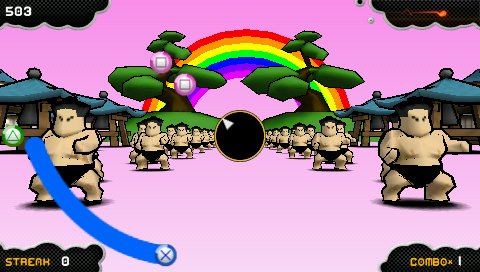 Back in Tokyo, I enjoyed reuniting with friends both old and new at Golden Week celebrations and a wonderful meeting with my mentor in life, Dr. Daisaku Ikeda. Our meeting was held at my beloved alma mater in the lush hills just outside of Tokyo, at Soka University. My sister friend Akiko (from San Francisco), who attended Soka University with me, also came for the festivities. We left refreshed by perfect weather, good times with friends from around the globe, and renewed determinations to contribute more to peace and justice in our world.

Thanks for coming with me down this memory lane from 2010! 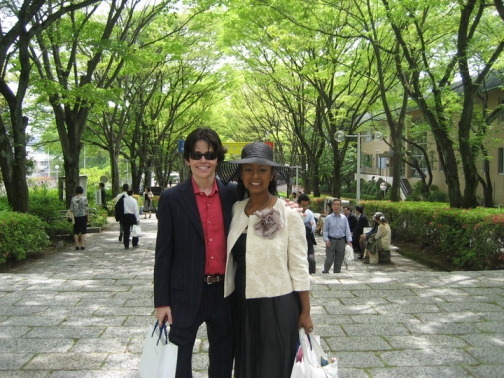 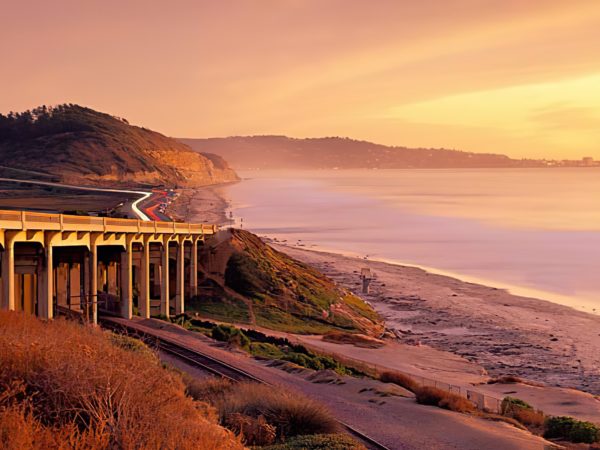 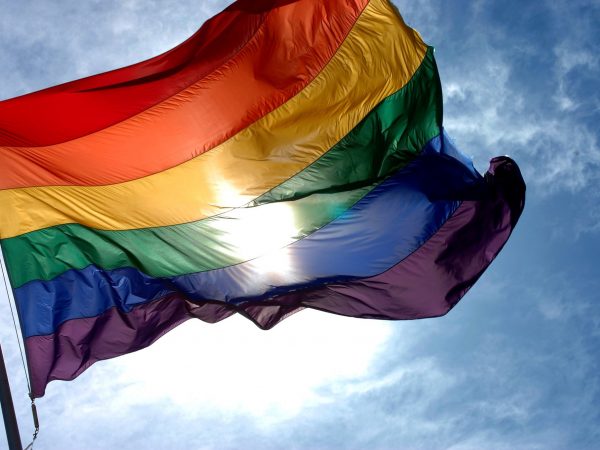 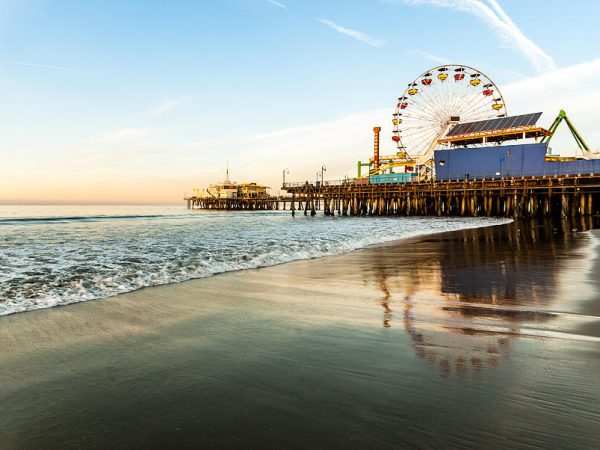 My Wish For You 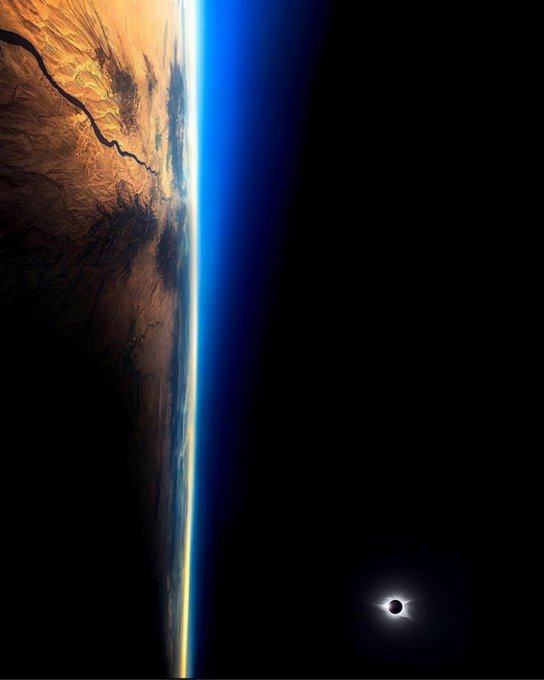 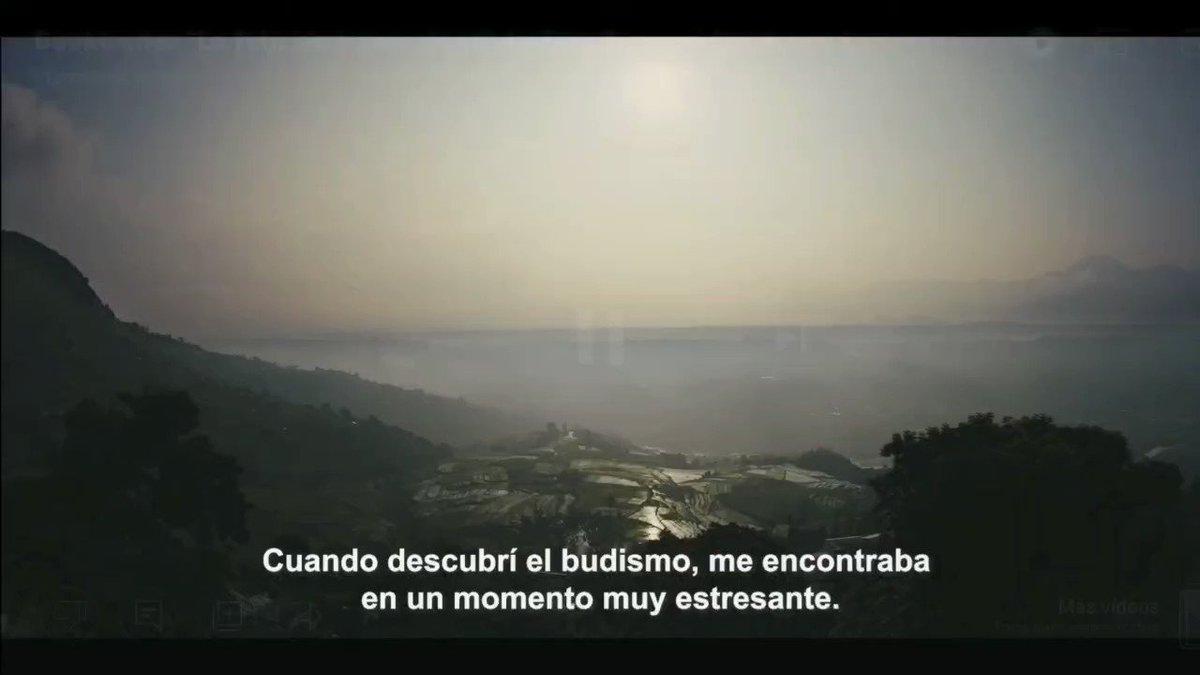